You are here: Home / Publications / Some of the most renowned shoes made by POMPEI are on exhibition at Palazzo Pitti, in Florence

“WORN BY THE GODS: the art of footwear through ancient Rome, epic films and contemporary fashion” is the title of an exhibition curated by Lorenza Camin, Caterina Chiarelli and Fabrizio Paolucci, to whom we were happy to lend a selection of POMPEI shoes, some made for the epic films of the ‘50s and ‘60s, and some for more recent historical dramas such as Gladiator (2000) and Alexander (2004).

Opened on December 16, 2019, at the Fashion Museum in Palazzo Pitti, Florence, the exhibition will be open to the public until September 27, 2020.

Caligae designed by Herschel McCoy and manufactured by POMPEI Shoes for the Marcus Vinicius character, played by Robert Taylor in the film “Quo Vadis?”, directed by Mervin LeRoy (1951)

Caligae designed by Janty Yates and manufactured by POMPEI Shoes for the Maximus Decimus Meridius character, played by Russell Crowe in the film “Gladiator” (2000)

Caligae designed by Janty Yates and manufactured by POMPEI Shoes for the Commodo character, played by Joaquin Phoenix in the film “Gladiator” (2000)

Boots designed by Jenny Beavan and manufactured by POMPEI Shoes for the Alexander character, played by Colin Farrell in the film “Alexander” (2004)

Caligae designed by Enrico Sabbatini and manufactured by POMPEI Shoes for the Julius Caesar character, played by Timothy Dalton in the TV series “Cleopatra” (1999)

According to a press release by the Gallerie degli Uffizi, “the exhibition, based on an intriguing and original topic, illustrates the multiple roles that shoes fulfilled in the western world, from the ancient times to the present”. 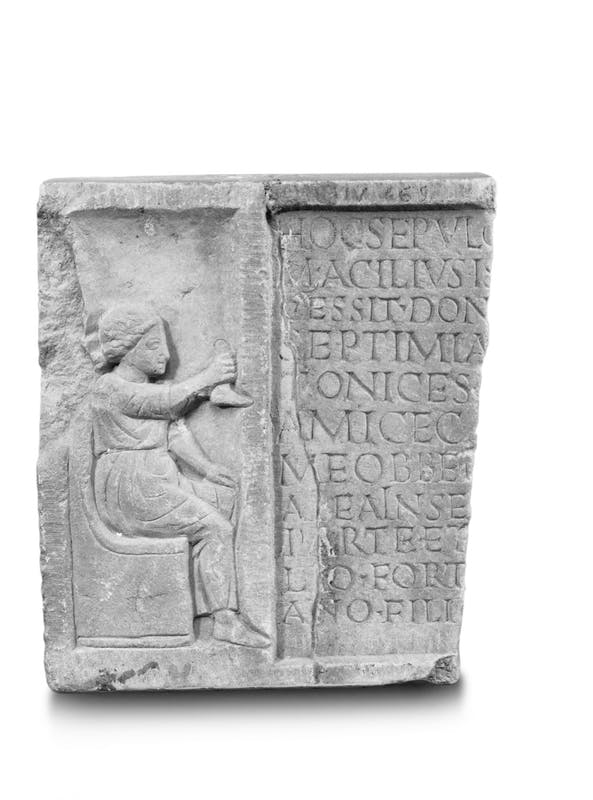 Fabrizio Paolucci, director of the Antiques Department of the Gallerie degli Uffizi, explains: “Shoes are not simple accessories, and this was very clear to our ancestors, who were also aware of the extraordinary skill needed to manufacture them. Plato, for example, wouldn’t hesitate in defining the art of shoemaking as a legitimate science. With their shapes and colours, shoes used to tell many things about the person who was wearing them: their gender, economic conditions, social class and job. What has been too often considered as a minor detail in the history of clothing, is now finally the main attraction of an exhibition, whose purpose is to celebrate shoes as a precious document of taste and technique in the greek-roman world”. 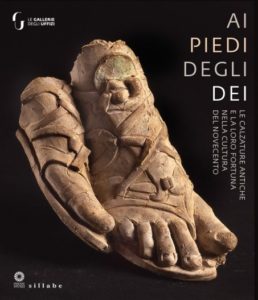 The exhibition catalogue, titled “WORN BY THE GODS: Ancient shoes and their fortune in the culture of the 1900s”, is the perfect compendium for the exhibition itself, containing several essays about the role of shoes in the ancient world, and revealing how they inspired some of the shoes manufactured by the most renowned fashion brands or how they influenced the great costume designers who commissioned the manufacturing of their work to POMPEI shoes, illustrated and explained in the 19 files edited by Barbara Placidi in the “cinema” section.

“Since the dawn of time, mankind tried to infuse shoes – an otherwise humble everyday item – with the harmony and simmetry of the classical aestethic principles. Shoes therefore became a work of art, an object shaped more for aestethic reasons than for practical ones. To illustrate this fate, whose premises are already evident in the greek-roman world, we chose to broaden the scope of this exhibition to a couple of intimately linked modern form of expression: cinema and fashion. The exhibition curators decided to make use of this original perspective by juxtaposing images and sounds from legendary films such as Cleopatra (1963) with the work of the great contemporary fashion designers, establishing an unexpected link between past and present”.

Edited by Barbara Placidi
For the press release, visit the Gallerie degli Uffizi website at https://www.uffizi.it/eventi/ai-piedi-degli-dei